Unlock the Power of eufy | How to Make Your Battery Doorbell Last Longer?

Did you get a memory card for it to save to? If not, it will not save any recordings.

Plug a 5v USB Micro into the back of the doorbell. Lift the black oval shaped plug cover and it plugs in there to charge.

My homebase with 2 cameras stopped recording from 20January2023. I have restarted all three and repaired the storage of the homebase. Still not recording. Anyone encountered the same issue and how it was resolved?

How do I hardwire my wireless doorbell

My camera is not recording, thanks

Since the last update of firmware (28th of december), I had to recharge twice the doorbell, before it was 2 times per year !
A new update in the near future to fix it ?

Same problem since the last update, no solution for the moment

The alarm sounds every time motion is detected. How can I prevent this from occurring?

I don’t know which doorbell you have but, the path is basically the same for each device. Tap on the security shield - second icon lower right.
A few screenshots to walk you through it. 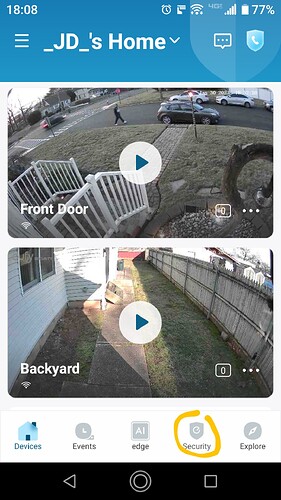 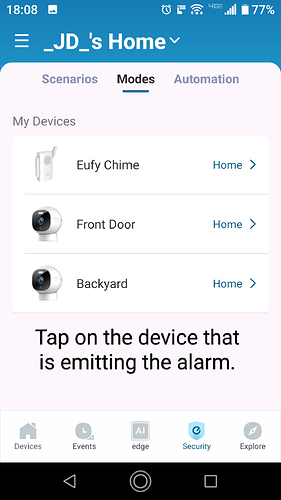 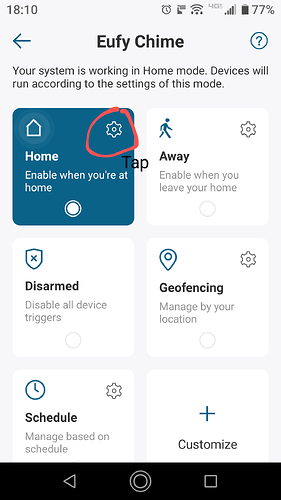 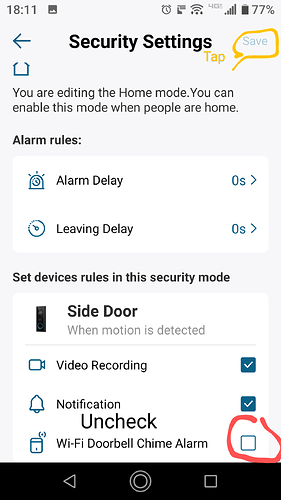 JD164 Thank You! Thank You So Much! Is was the exact answer!
I am now back to being a eufy fan