Once the sun goes down, my doorbell has been identifying my Halloween decorations as “humans” and giving notifications that someone is at my door every few minutes, for hours until 9:45pm 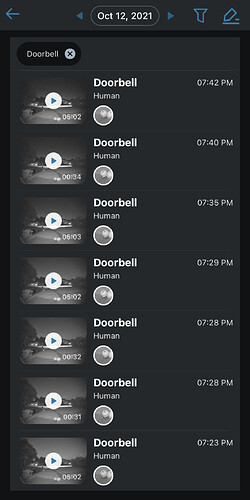 I think it believes there are “humans” constantly just standing there, and activating notifications every time a bug flies by. 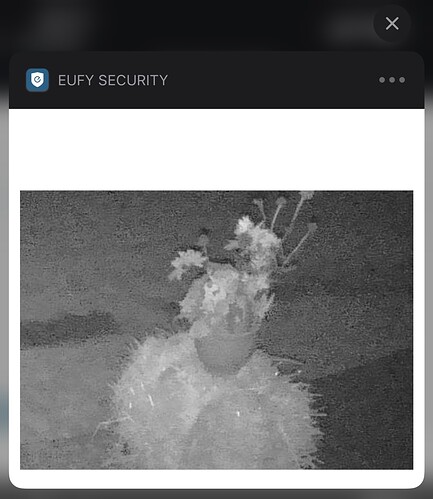 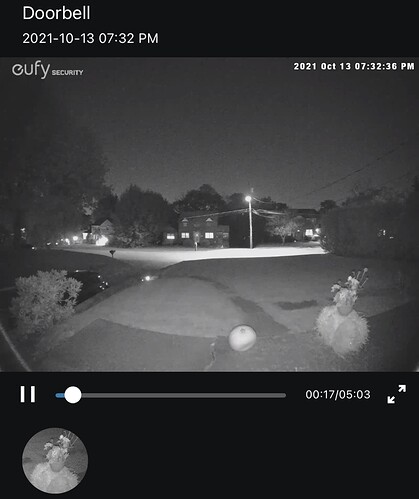 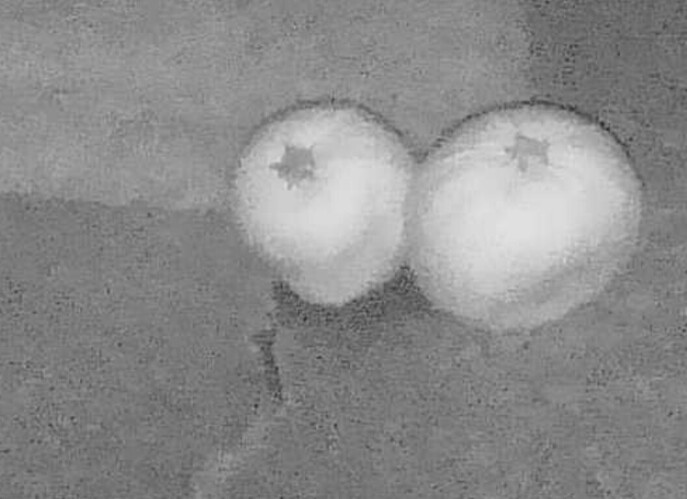 What’s also bad is that sometime between 6am this morning and my last doorbell video recording at 9:45pm last night, my pumpkin got smashed. I’d like to know why, but there are no videos recorded after 9:45pm.

This is beyond my ability to solve (how would we separate bug movements from exploding pumpkins, if the bugs fly within a foot of the camera?) , so I could use some help.

Check this out… wild! 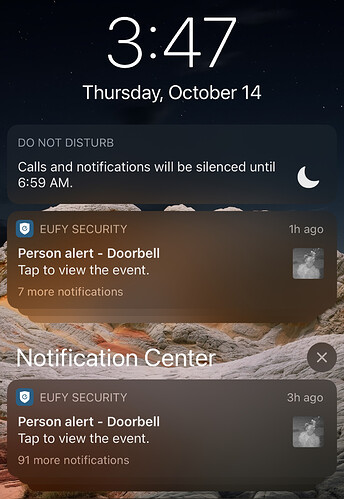 And still, the Eufy was unable to capture the pumpkin from last night, which lost pieces in a manner that leads me to believe that it burst, propelling the pumpkin forward and rolling away from the porch (and doorbell). It’s funny (and maybe concerning) that bugs flying by trigger a recording every minute, but it failed to record an event like that!

Since the alert is specifically indicating that the hale bay and flower pot looks like a human, I’m going to see if that will prevent alerts tonight. If it does work… that’s something, but not everything, because I would have had two “humanoid” objects before my pumpkin got smashed, and I wouldn’t have been able to exclude both (plus I want to know if my flower pot gets knocked over, or the other pumpkin gets destroyed).

hale bay and flower pot looks like a human

It does look human. Easy, change it or block it.

The pumpkins are also picking up as human? Lol. Again move them or block.

Did a pumpkin explode or get smashed? Is this a battery doorbell? Or wired camera?

Looks like boobs, maybe why the AI flagged it as human detection

Don’t have doorbell… but isn’t the battery version also wired?

Why do I ask this? Battery cams are triggered by heat. Your pumpkin is the same temp as the outside air. I don’t care if the pumpkin magically grew to 29 ft wide and flew in a magical circle in front of your camera…. It won’t even wake up. Also batt cams need a second to wake out of hibernation. Pumpkin blows up in a fireball…. Cam wakes a second later and doesn’t see any movement… goes back to sleep.

Pixel based cameras will only record a locked trackable object. This is why you can wave your hand in front of these cams and they won’t trigger. Otherwise rain would give a notification every 5 seconds. Fog under IR is like a swarm of bees…. It needs to ignore fast crap. Your pumpkin was fast crap. Get a cam that records 24/7 so you can go back in time and enjoy the crap. Wow I wasted my time here.