I purchased and installed the eufy smart lock touch with wifi about 3 weeks ago. It has now started to give me an audible message saying the lock battery is low. Can I remove the battery pack and recharge it with a micro connector directly to the battery pack. How will I know that it is fully charged?

That is how you are supposed to charge the lock. There is a pair of lights on the battery pack, and the red one will be on while charging, and the blue one comes on when it is charged.

I have not found that the battery pack lasts for a year after charging as advertised. In fact, I am charging today, and the last time I charged was in mid march, so only about 2 months. Either I have a bad pack, or they don’t last anywhere near the advertised time. Ours gets regular use, at least once a day, and sometimes as much as 2 or 3 times a day, but it isn’t hourly or anything crazy. 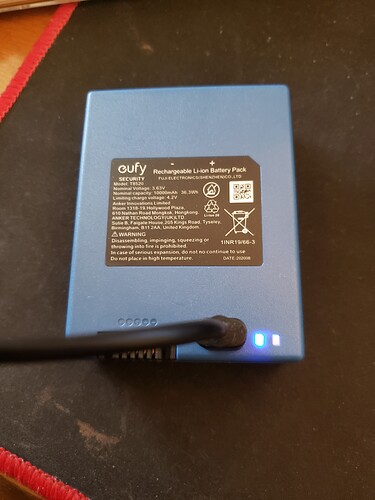